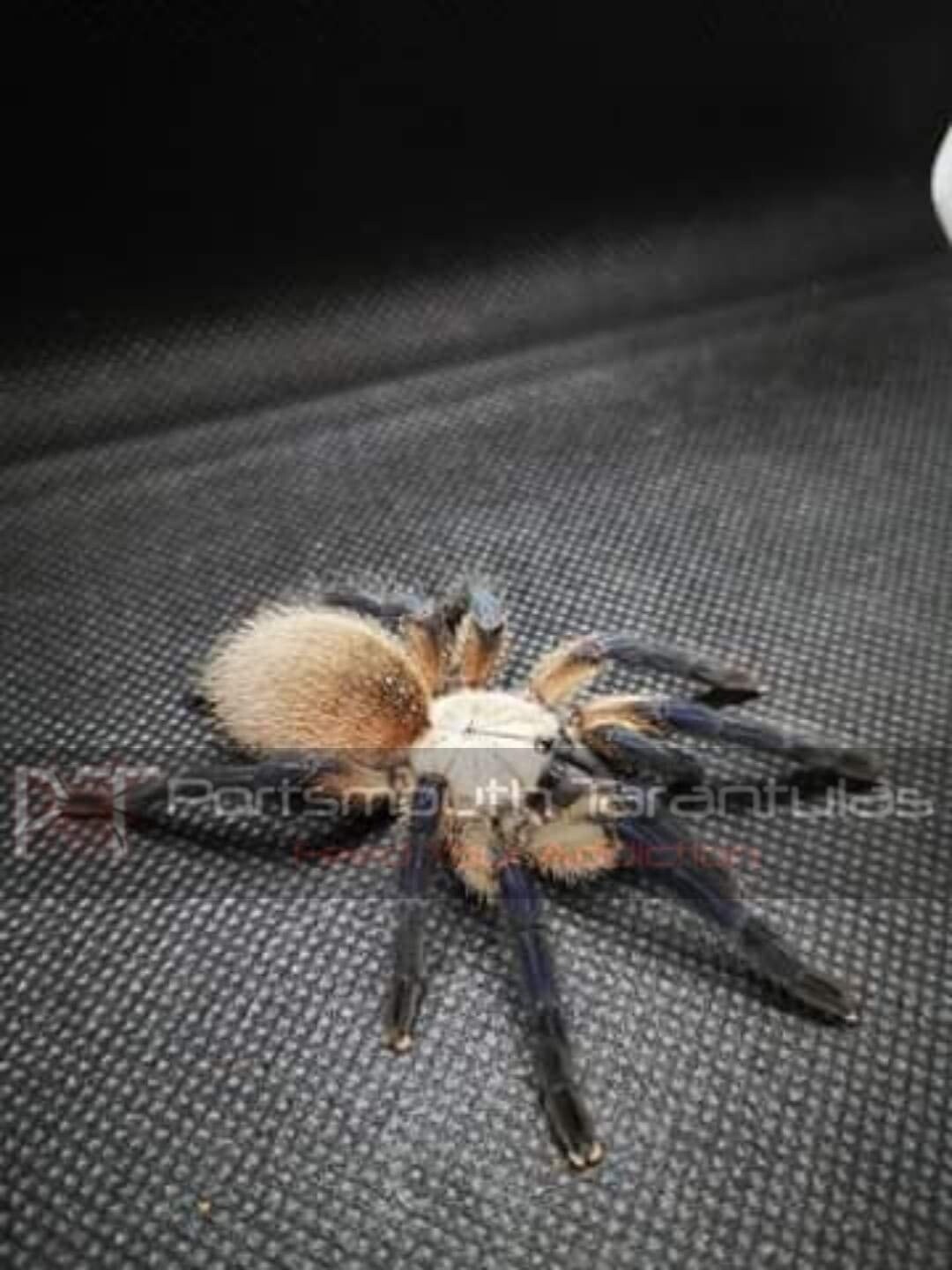 They originate from Socotra island in Yemen, require temperatures between 24-28°c and the humidity to be kept around 50-60%

Females can grow to a leg span of up to 15cm, with the males maturing at a at around 30% smaller.

This species is sexually dimorphic, they all have sandy gold and blue colouration throughout, with mature males having a deep blue carapace

This species is considered the only true communal tarantula currently known, having huge success rates of keeping both small or large groups together. They can also be kept solitarily with no issues, and are recommended for confident beginner keepers, who have done plenty of research prior

These, like most other baboons, although terrestrial, are often considered to be semi fossorial, they will make use of a deep substrate, creating some impressive burrow systems with above ground web castles, but will often only retreat to their burrow when disturbed

Save this product for later
Display prices in: GBP